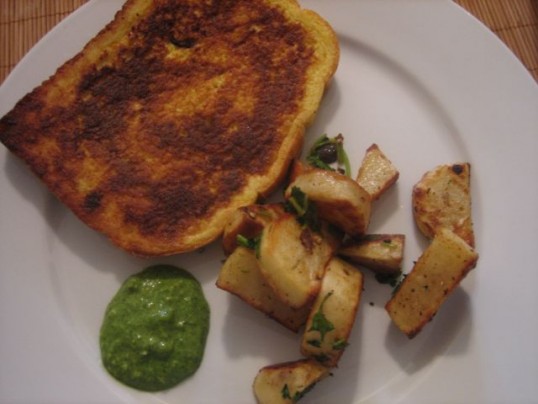 One weekend during our first year of marriage, Rajat and I both decided we were craving french toast.  Wanting to be a good wife, I whipped some up with moves I had seen my mom use to make french toast – splash of vanilla here, pinch of cinnamon there, a dash of nutmeg.  To my horror, Rajat took my soft, golden french toast and dunked it in a pool of ketchup (although, he dunks almost all breakfast food in ketchup…eww).  Then I noticed he was curiously watching me drizzle syrup over my toast.  As we took our first bites, it became clear we should have been more specific when talking about our craving for “french toast.”

The french toast I grew up on is more sweet than savory.  Rajat’s version of french toast is savory and not sweet at all, and he made it for me last weekend.  My review is a little skewed since it’s been about two and a half years since I’ve eaten eggs straight up like this, so I should note that I was simultaneously getting over egg heebeejeebees.  This desi style french toast was definitely a tasty departure from sweet french toast and will reappear in our brunch rotation. 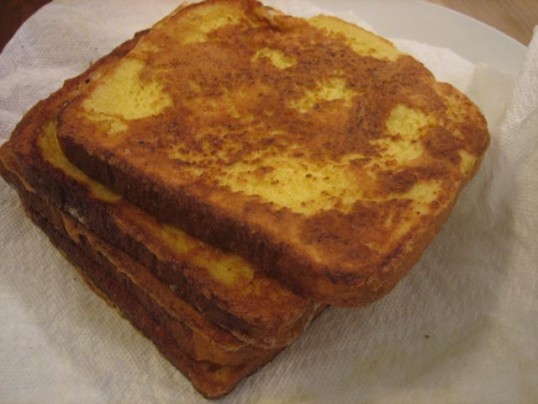