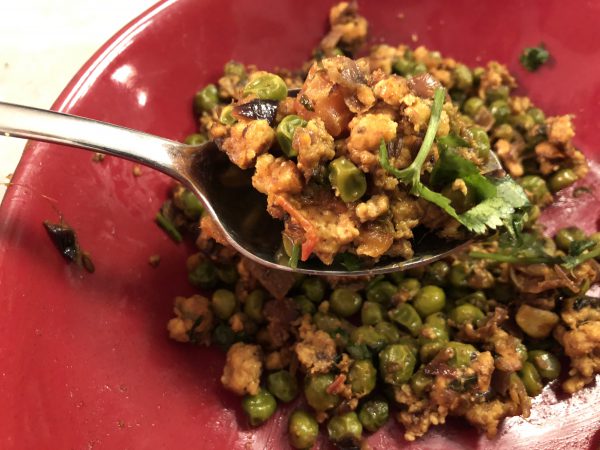 Not all Indian cooking takes forever. In fact, most Indian cooking doesn’t take forever. But this paneer bhurji is particularly fast and satisfying weeknight Indian main dish. It calls for ingredients you most likely have on hand – peas, a tomato, onions and a dash of milk – plus basic Indian spices of garam masala, cumin powder, coriander powder, chili powder and turmeric. And of course, paneer.

I must admit that I used fresh paneer which I made over the weekend prior. Don’t hate me for that. I’ve not gone Martha Stewart. It’s just that t’s actually super easy. But I’ve also made it with store bought Amul paneer and it’s really good with that too.

If you decide that you want to make your own paneer, here are the basic steps:  bring about a half gallon of whole milk to a high simmer around 200 degrees (the milk will look foamy although I use this infrared thermometer) then add 1/4 cup lemon juice. Let it sit for 10 minutes so the curds separate. Then strain it through a cheese cloth collecting the liquid – or whey – in a pot. Squeeze the curds in the cheesecloth to remove any extra whey. Pat the curds into the shape of a block then wrap the cheesecloth around the block. Put it between two plates and place in fridge with a heavy object on top of it.

This is the curds separating after I added the lemon juice… 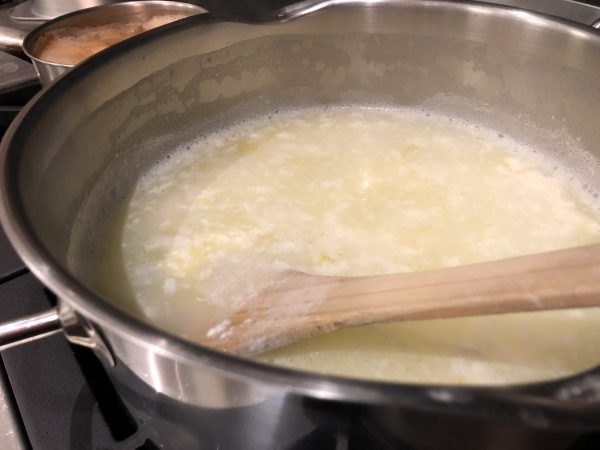 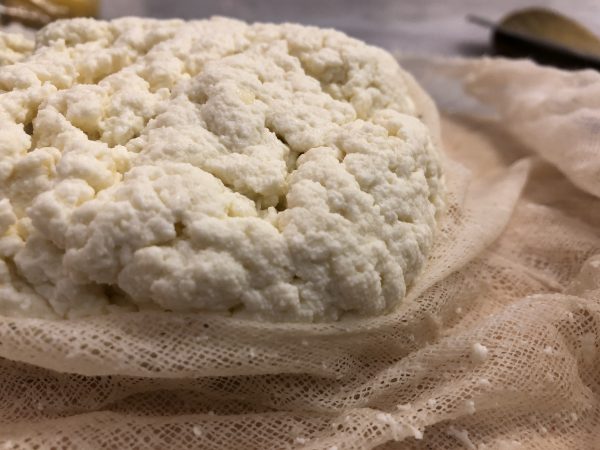 Whey has a buttery, milky golden taste to it. Imagine drinking the remnants of a can of condensed milk, sneaking the last bit of heavy whipping cream, licking up the browned left behind bits of browning butter….all things I’ve never (ever) done but (imagine) would be delicious. I used all of my whey in this soup which means we enjoyed every last bit of paneer making quite a few times. 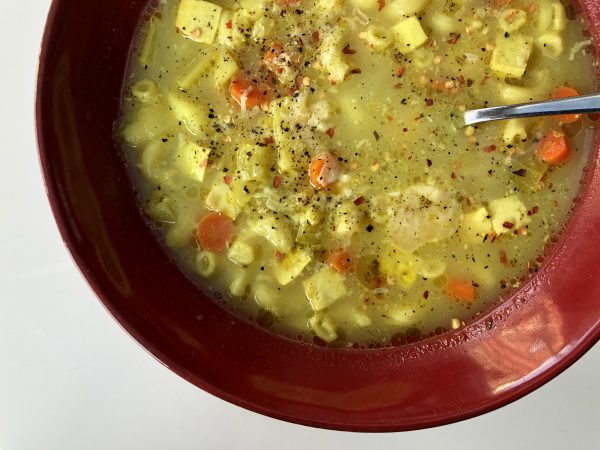 One response to “Crumbled Paneer and Peas”